At this time of the year, I like to make my own shortbread.  Homemade, this very simple almond shortbread biscuit seems lighter and more buttery (though actually, it’s a bit of a diet breaker!).  Maide into petticoat tails, it’s a great accompaniment to fresh berries – strawberries if you can eat them or raspberries for me.  And, it’s one of the first recipes I learnt to cook!  We had a small kitchen at boarding school and used to spend our free time creating sweet treats that could be made from very few ingredients.  Alpen flapjacks were one option – we hid extra portions of Alpen and butter from breakfast in our blazer pockets and then simply added sugar from the pantry to make a delicious, sticky flapjack.  Shortbread was another favourite.  Again the butter was taken from the school canteen in those tiny individual portions.  We’d bring the flour in a jamjar from home and there was always sugar around for our evening cups of cocoa. Classic shortbread is just sugar, butter and flour in the ratio 1:2:3 by weight.  So you can easily add other ingredients to mix it up a bit. 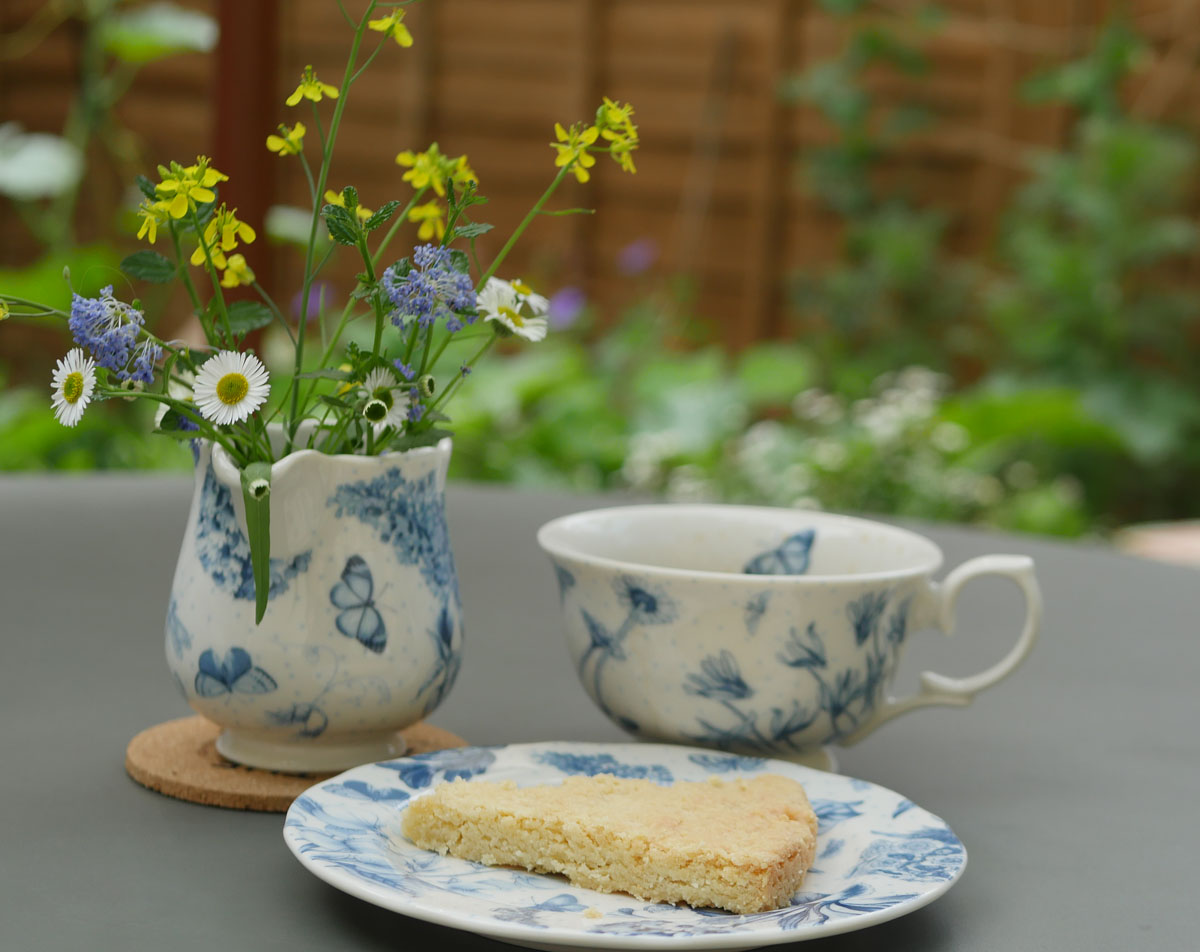 Remembering the basic shortbread ratio, my almond shortbread is made with 60g of golden caster sugar,  120g of butter and 180g of ‘flour’.   But, the ‘flour’ is a mix of plain flour and two other secret ingredients. I’ve used 50g of ground almonds for a lovely nutty flavour and 30g of cornflour to help make the shortbread really light.  You could replace the cornflour with semolina or rice flour if you like a really crisp shortbread – but I prefer that melting, crumbly texture you get with cornflour.

To make up the almond shortbread, all you have to do is cream together the sugar and butter, then carefully fold in the remaining ingredients before using your hands to make a rough dough.

Don’t try to knead the dough because you’ll end up with a gluey texture if you do that, the glutens you WANT to release when you make bread are really not needed in shortbread.  You can use a rolling pin to roll the dough out and cut shapes, but I find it easier to make Petticoat Tails.

Shortbread is a traditional Scottish recipe that dates back to before the 12th century.  There are three traditional shapes.  Individual ‘shortbread rounds’ make great gifts because they pack up easily.  Shortbread fingers are made by forming a thickish square or oblong slab of the dough and then cutting ‘fingers’ once it has cooked.  Petticoat tails, my favourite are made by forming a large round (I use a sponge tin with a removable base for this) which is divided into segment when the biscuits are cooked.

It’s thought that the name petticoat tails does indeed come from a special petticoat that was popular in the reign of the cousins Elizabeth 1 and Mary Queen of Scots.  The pattern for the petticoat was called a tally and the biscuits were thus called ‘petticoat tallis’.  In fact, some people credit Mary Queen of Scots with popularising the biscuits, which she’s said to have particularly enjoyed flavoured with caraway seeds.  Another theory about the name ‘petticoat tails’ is that it’s a bastardisation of the French petites gatelles (“little cakes”).  From the age of 6, Mary was brought up to become the Queen Consort of France,  in France where she became fluent in French and married the Dauphin Francois. So, it’s quite feasible that these are actually  ‘little cakes’ 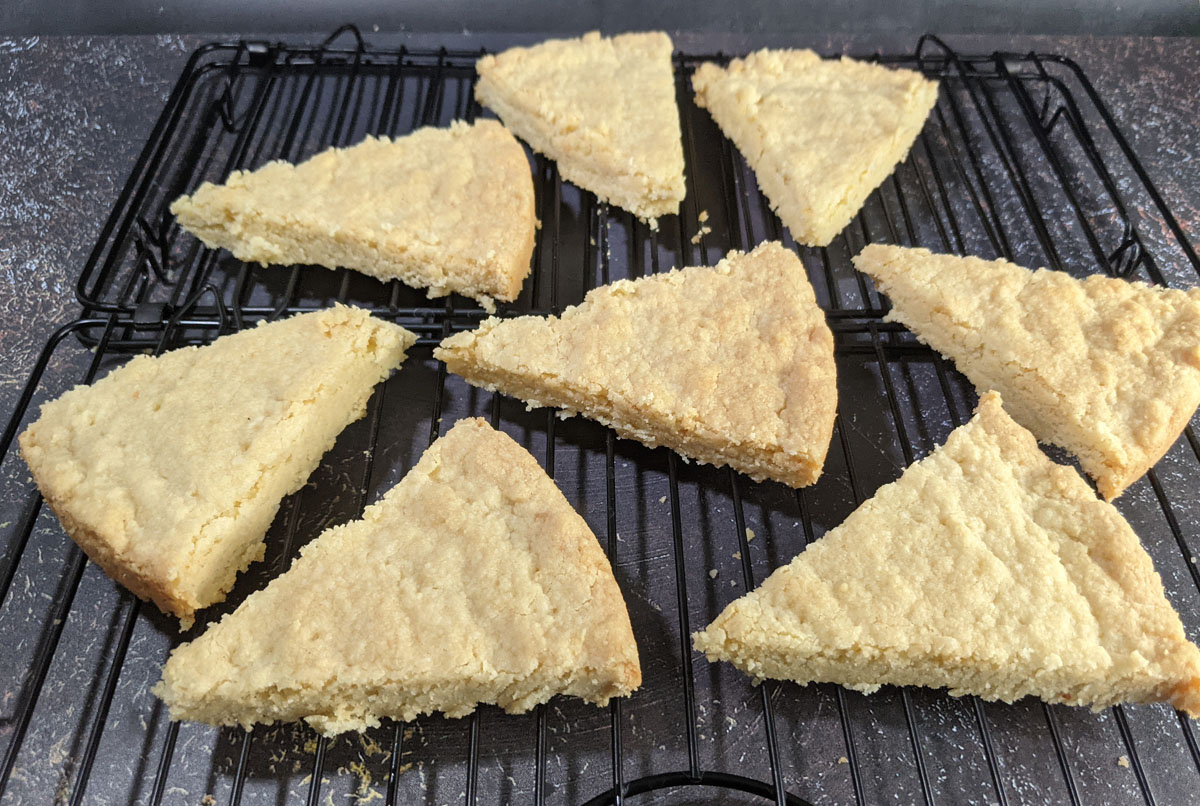 Want to try my almond shortbread for yourself?

Here’s the recipe I use – if you prefer a crunchy rather than melting shortbread, use rice flour instead of cornflour! 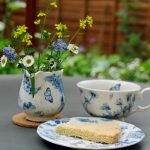 Looking for something different?  Do try these ginger and chocolate chip cookies.