My Sardinian Home Cooking is a self-published cookbook by Stefano De Luca who has dedicated it to his mother whom he credits as his inspiration. His memories of her food, joy and laughter are captured in this book which is filled not only with the recipes he recalls but also with a large number of photographs of Sardinia. It is filled with detailed information about the produce and style of eating that you will find on the island. Having had a wonderful trip to Sardinia some years ago, I was intrigued to page through the book and enjoy my own memories. Then it was time to cook.

As visitors to Sardinia know, the island has an Italian heritage and its cuisine reflects this history. It was where I discovered bottarga – a salted, cured fish roe that is grated onto many dishes and is quite addictive – as well as fregola, a type of tiny pasta that at first I thought was a grain. The combination of the island’s produce with the seafood is simply fabulous.

The recipes in My Sardinian Home Cooking begin with a section on baking bread.  The book then moves on to antipasti, pasta, meat, fish, vegetable sides, a handful of salads and a couple of dessert cakes.  Many recipes are very detailed and go on for several pages with large photographs that the writer has taken. In this way, it is a book that could be used by a beginner as each step is laid out clearly.

To self-publish a cookbook takes a lot of hard work and dedication and De Luca clearly loves his subject matter and wants others to share the joy that Sardinian cooking – and particularly his mother’s – has brought to his life. The book can be ordered on Amazon. 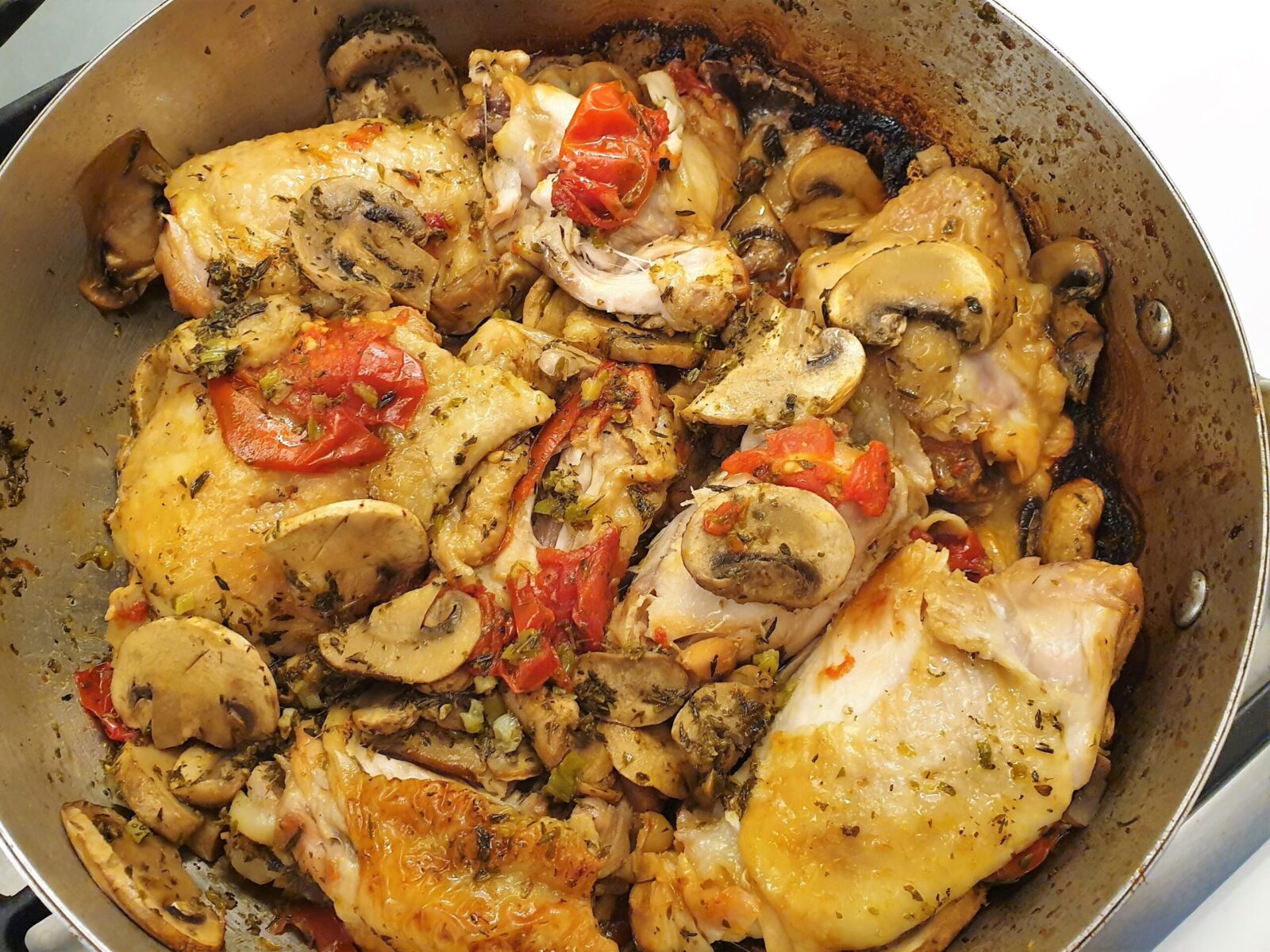 I tried a chicken dish with mushrooms, vine tomatoes, spring onions and fresh rosemary. This was very easy to make, speedily assembled and very tasty. Rather than having to brown the chicken pieces – which I find time-consuming and I prefer not to fry too much – this dish is assembled and cooks in its own juices. This is the sort of dish that you could prep before work and pop on the stove when you get home or, you could do as I did which was to get it going and then get on with other tasks while it simmers away. It really does take care of itself. De Luca suggests serving it with a salad or vegetables. I served it with a green salad and couscous – but only because I had no fregola to hand. Next time I will make sure I have that wonderful Sardinian pasta in my cupboard.